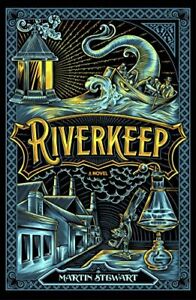 These Were The Days

The constant interjection of humor forms an odd juxtaposition with the seriousness of Wull's quest. Add to that black humor, weird characters and graphic violence, and it is compelling in the same quirky way that Monty Python is. The narrative is both harsh and beautiful. It would be an extraordinary book by any author- but it is Martin Stewart's first.

Students who appreciate well written horror fiction will thoroughly enjoy this novel. This gripping supernatural tale includes adventure, monsters, love and loss, and thought-provoking issues. A dark delight, Stewart's riverboat ride should impress teen horror fans and anyone seeking a YA novel with no romance but plenty of heart. Stunningly original. Evening Standard. Martin Stewart. My Friends told me to buy books about relationships, so I went online for relationship books while I came across a spell caster called Dr Emu. I read testimonies and reviews about him so I contacted him immediately, explained my problems to him. Same day , he casted a spell for me and assured me for 2 days that my husband will return to me and to my greatest surprise the third day my husband came knocking on my door and begged for forgiveness.

I am so happy that my love is back again and not only that, we are about to get married again, he proposed. I wouldn't stop talking about him. Contact him today if you need his help via email: emutemple gmail. Pages Home Contact. Way back in January, I took part in 'The Dry' blog tour , and I loved it so much that I told you I was going to be posting a spoiler-filled review. This book has still been playing on my mind, but I haven't had the time to review it more thoroughly: hopefully this post is worth the wait The primary focus is the deaths of Luke, Karen and Billy Hadler, who appear to have been wiped out by Luke in a murder-suicide. The Kiewarra townsfolk claim that Luke had a violent temper and that, combined with the fact that his farm was failing due to a two-year drought, caused him to kill the people closest to him from sheer desperation.

Federal Police Investigator Aaron Falk was best friends with Luke Hadler when they were younger, and he can't believe that the man he knew could do something that horrendous. But once upon a time Aaron was suspected of being involved in the death of their mutual friend Ellie Deacon, and looking back at the fact that Luke gave him an alibi Aaron starts to wonder if he was saving his own skin all along. When Aaron gets back to Kiewarra, he reunites with Gretchen, the fourth member of their friendship group and the woman who used to be Luke's girlfriend. She also can't accept that Luke could have been responsible for killing his family: he wasn't that kind of person.

Aaron and Gretchen grow close, but he has his suspicions. Why did her and Luke break up? He had seen what happened on the rocks: the floating bodies, arms raised and mouths howling against the surface as though restrained by thick glass. It was the Riverkeep's job to push his arms through that barrier to embrace the dead, to lower his face close to theirs and taste the bilge-stink of their breath before lifting them from the water. Pappa did so with a martyr's grace, blind to gangland markings and forgiving of sinners who took their own lives. Now he sat with them.

Sometimes the bodies were old, and the flesh slid from their shining bones like the skin of a poached fish. Wull did not want this wilderness life. With Pappa's help he had read the ledgers in their entirety, right through the ninth volume in Pappa's own careful hand. Then he had realized and felt like a foolish child. Every entry was the same. He reached over and touched the ledger that sat open on the desk. Their last discovery had been just over a week ago: 3,, a widow, faceup and floating, her breasts rot-swollen, her cheek cut with a debtor's mark.

He closed the ledger. The mold-edged pages, heavy with moisture, fell with a report that bounced round the boathouse like the slamming of an enormous door. Wull heard the creak of Pappa's boots in the darkness. Pappa regarded him a moment, shifting the wad of lakoris leaf around in his mouth. Then he shook his head. The air was sharp and hard in Wull's lungs. Even wrapped in layers of seula gut, he felt the chill on the exposed flesh inside his boots and around his waist like the cut of wire. The lanterns, staked in the riverbed where the currents met and the flotsam gathered in eddied clumps, made glowing islands in the velvety darkness, their flames fuzzed in the fog like dandelions.

The industrial might of Oracco was silent, the howls of its foundries and smithies carried away on the east wind. The only sound in the smothered world was the rhythmic clicking of the oars and the soft noise of the blades moving through the water. The gull was flapping limply, trying to fly on shattered wings while it bled onto the ice. Pappa reached down and gently snapped its neck between his thumb and forefinger.

Wull watched him ease the body into the water on scar-twisted palms. As far out as the edge, at lantern twenty-two, they still had found nothing more than knots of weed and grass clinging to the ice rods. He trailed his glove tips in the water and flicked droplets out toward the beyond. It was male, fat-backed and facedown, white flesh streaked with a pattern of cuts and bruises Wull knew came from the fierce, swirling currents near the footbridge where Mamma had drowned. It had been wearing a uniform that still clung to it in scraps, and there were murky tattoos spilled along its visible skin. Pieces of its scalp were missing, and leaks of blood and fluid colored the wafer of snow-dusted ice that had crept around it.

Pappa nodded solemnly. The flames cut his face into slices of light and dark, one eye hidden in the black wedge behind his nose.